More that one hundred schools have joined the 100 classi network since 2002/2003, when the project started as a cooperation between the Deutsches Museum and the Ufficio Scolastico Regionale per il Lazio (Regional School Office for Lazio) on the occasion of the Museum Centenary (2003).

Thousands of students from multiple regions participated in the activities. The model of the ‘diffuse editorial office’, created in 2002-03 by 50 high schools in Lazio, was then replicated in the first few years in more regions – Liguria, Lombardy, Tuscany, Veneto – and at other secondary schools, as you can see below by scrolling through the lists of participating schools between 2002-03 and 2007-08, when the Network was formally established  with an Agreement (2007) as the “100 classi – Rete interscolastica del Lazio per la cultura scientifica e tecnologica” (Latium interscholastic Network for scientific and technological culture).

The activities of the 100 Classi Network were made possible by the contribution of various partners and numerous collaborations.

To learn more, read the article published (both in Italian and English) in “Museologia Scientifica”. 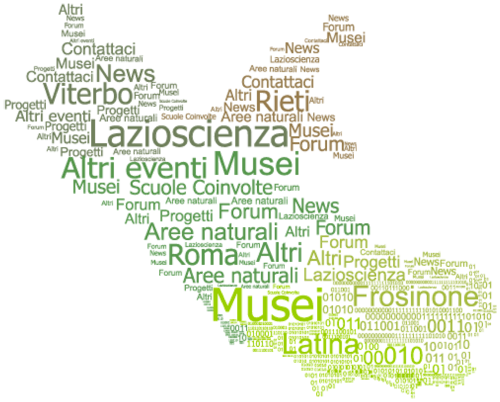 Schools participating in the Network 100 classi: